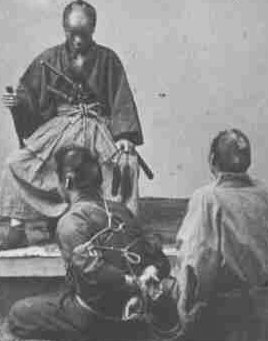 For years I have taught private lessons to private citizens and law enforcement personnel.

Whether you’re in corrections or on the road, you have a vital need for simple yet effective leverage control skills. Because of this, I give a special discount for private lessons .

If you are interested in learning or improving your leverage control skills in a progressive and safe way, please email me
at jujutsu101@hotmail.com.

I have been a deputy sheriff for 26 years and have worked at different levels, corrections, patrol and detective bureau and have attended numerous training seminars and schools including in-service training involving the use of physical force and deadly force encounters.

I met Fred Crivello through my wife who is a police ocer and had attended one of his classes and was very impressed. So I decided to check it out for myself. I was impressed with Mr. Crivello’s simplistic approach to physical encounters. No involved “moves” to remember, just a simple theory of getting the suspect opponent off-balanced, capturing limbs and face down pins for handcuffing, which for law enforcement is the key.

I have been a student for 2 years and can tell you this method works and Mr. Crivello is an outstanding instructor. In all of my years in law enforcement this is by far the best method for physical encounters I have ever been exposed to.

Shortly after I began as High Liability Coordinator, I was presented with what seemed to be a dilemma. My predecessor had hired Fred Crivello to teach a ground fighting class. As a former defensive tactics trainer, I had some strongly held views as to the value of ground fighting in law enforcement. I also had some reservations about a defensive tactics trainer who did not have a law enforcement background. Due to these concerns, I checked with several of his private students who are corrections officers at the jail. I also monitored the class more closely than I would ordinarily do.

What I observed was an outstanding class, presented with a viewpoint that I believe is unique to the various ground fighting schools now extant in law enforcement. Fred Crivello has a program that is as strong in the standing position as it is in the ground fighting position. He has been teaching it privately for almost ten years. Fred presented techniques that had structure and coherence. His training methods demonstrated scenarios that were highly appropriate to law enforcement, to include techniques that worked in a variety of positions, and techniques that stressed the importance of weapons awareness.

Since that first class, Fred has returned with three more classes. I have used Trust Fund monies to pay for these classes, as I believe that what Fred is teaching is of great value to law enforcement. His classes that we restricted to female officers were particularly well received. Fred’s ability to teach physical skills in a way that is open, honest, and non-intimidating is extremely popular with female officers. Students have actually written me “thank you for hiring Fred” letters. That is a first for me, after more than 30 years as a police trainer.

Fred Crivello is an outstanding trainer, with a ground fighting technique that has proven to be highly effective. He is highly motivated, and a motivating trainer. He is extremely well regarded by his students. I take great pride in recommending him without reservation. He will provide any agency that hires him with a quality program.

Core Grappling Tactics for Female Officers is by far the greatest class I have ever taken of its kind. I can not thank you enough for providing me and my fellow officers the opportunity to participate in such an awesome class. I consider myself incredibly privileged to have been a participant.

Initially, when I first heard about the class, I decided not to take it for fear of injury. As much as I long to learn better skills and techniques for defending myself in dangerous situations, I cling to self preservation by avoiding defensive tactic classes whenever possible. I believe I have less chance of getting injured in a fight in the jail than I do of a week long defensive tactics class.

I was pleasantly surprised after my first day of the Core Grappling class with Fred Crivello. Wow! What a wonderful man. Because of Fred’s method of training, egos never entered the class and fear of injury went out the door with the first few words of instruction. I spent five days getting thrown to the ground and wrestled with a group of women I had never met before, and I never so much as broke a fingernail.

Fred is the best. His concern for our well-being throughout the course was limitless. He made sure we understood what we were doing and always insured all questions were answered. We all had many concerns about how to protect ourselves in different scenarios and situations, and Fred had an answer for every situation we could come up with. He provided us with skills we will have for the rest of our lives.

I thank you once again for providing this awesome course, and I am extremely thankful to Fred Crivello for his hard work and dedication this past week. I could not have asked for or expected more. This course was more than I imagined it would be, and I am truly grateful.